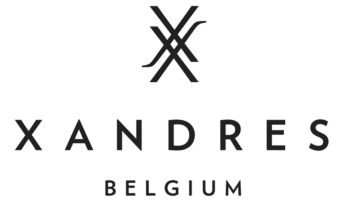 As a Belgian fashion brand, Xandres is known for the elegance, refinement and quality it exudes. The brand was founded in 1968 and has been inspired by women for over 5 decades. The focus is on the modern woman who embraces timeless beauty and authenticity. The collections are offered in more than 150 exclusive multi-brand boutiques, in their own Xandres stores as well as in their revamped webshop.

Before the introduction of Akeneo PIM, Xandres worked with a product list that underwent various enrichment phases within the marketing team and was manually supplemented with information from the ERP and copywriting done by an external party. This led time and again to a time-consuming job to get a product webshop ready.

Xandres already had experience with a previous PIM implementation, but found that the possibilities were not being fully exploited. As a result , Xandres, reinforced by new insights and convinced by the importance of a fully functioning PIM project, decided to optimise its e-commerce flow by handling their own product information and starting a new implementation project with Induxx as the initial step. An audit was also carried out on the existing PIM environment.

Intensive, but fruitful workshops were set up to translate the structure and logic from their ERP into usable elements in Akeneo. In addition to basic article information, extra information needs such as washing instructions, compositions and silhouettes were also taken care of. A 2-way association link was established between the looks (outfit photos) and the individual products to further enrich their ‘Shop The Look’. We additionally created a font attribute for the storage of washing instruction icons, a functionality that resulted in a visual icon in the Akeneo UI and simultaneously prevented the sending of physical washing instruction images.

In order to update their webshop, Xandres called in sister company PHPro. Thanks to seamless cooperation with our colleagues from PHPro, the integration between Akeneo PIM and the new Magento 2 e-commerce platform was set up.

Xandres is very satisfied with the current Akeneo implementation. Because of the automatic link with their ERP, the time saving for Xandres are significant. The e-commerce team is no longer burdened with manual extractions from the ERP, but can now focus on the essence, namely offering their products online.

The entire team is a fan of the intuitive style of Akeneo PIM and has easily found its bearings in the program. New employees become familiar with the system in no time, which significantly increases productivity.

Xandres is also strongly convinced of the combo of Akeneo PIM with their own Magento e-commerce platform. The core features of both systems are now being fully exploited. Thanks to these foundations, Xandres can now provide its clients with even more relevant product data. They look forward to a positive future, with new projects on the horizon.

Their most valuable tip for companies?

“Take the time to flesh out the data structure. What data do I have? How is it stored in my ERP or other systems? How do I want to display it on the front-end, whether that’s a webshop, a catalogue or another channel? Good preparation is everything when setting up a PIM system. Work together with a partner who has experience with Akeneo, a partner who knows its structure and possibilities. Put your trust in a genuine partnership.”

Akeneo is the source of our B2C platform. The initial set-up requires time, but the nice thing is that once it’s up and running you won’t have to worry about it anymore. As it has been set up in a future-proof way.

Do you need help compiling your product info?

We would be happy to help you!